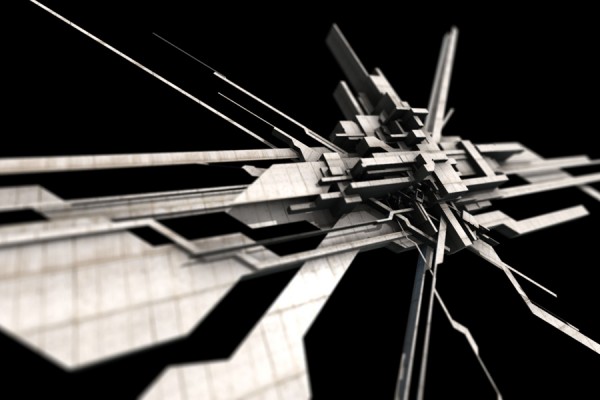 blinkinLAB is a motion graphics design studio specialising in the creation and performance of animated visual content at live music events.

blinkinLAB have performed live audiovisual sets consisting entirely of their own music and animation at a number of live cinema events including the London Short Film Festival at Electrovision, Dark Fibre at the BFI and the Live Cinema Foundation event in London. As filmmakers blinkinLAB’s animated audiovisual works have been screened internationally at numerous cutting edge film festivals including onedotzero and both Optronica festivals at the BFI.

blinkinLAB will present an AV performance of entirely self generated music and visuals. The visual aspect of the performance is an exploration of deconstructed brutalist architectural forms. The music has been created using analog synths and drum machines and these will be played and sequenced live.