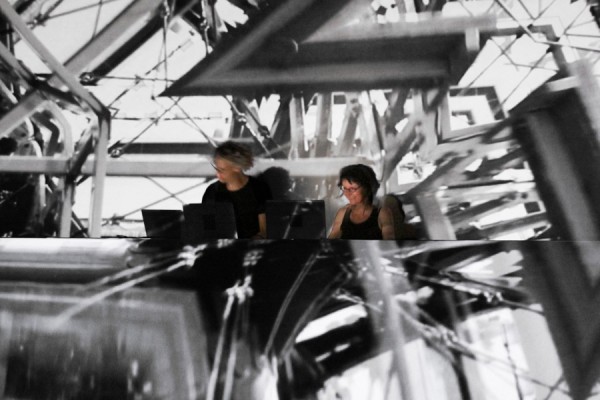 Hailing from Germany’s happening city of Hamburg, the award-winning electronic AV duo of Kera Nagel and André Aspelmeier aka Incite describe themselves as the “bridge between the digital art and advanced club worlds”. Combining futuristic distorted bass heavy music and tightly synchronized greyscale HD-visuals, they create mesmerising and synesthetic adventures for their audiences, oscillating between abstraction and semi-narrative! Incite definitely mess with your perception and awareness! They’re unorthodox, danceable and a fascinating experience for eyes and ears!

Very much part of the German AV scene, in recent years the duo founded the event Re:Fokus, a monthly meeting of AV artists and in 2015 they were selected as official artists for the German Pavillon at the Milan World Expo in Italy. Awards have included at the Qwartz Electronic Music Awards in France, the WRO Media Art Biennale in Poland and the Visual Music Awards in Germany, they’ve also sat on festival jurys themselves and regularly perform internationally, although rarely in the UK, so were very much high on the list of artists Splice Festival wanted to invite!