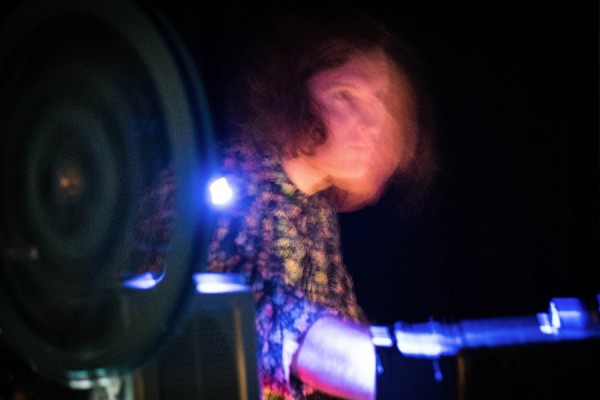 Merkaba Macabre is an audiovisual project by Steven McInerney, a multi-disciplinary artist and curator based in London. He is the founder of Hackney Film Festival and experimental label Psyché Tropes, which focuses largely on the synaesthetic intersections between sound and its visual counterpart.

Decomposition #3 is an 18 minute ever-evolving, audio-visual performance for one 16mm projector with optical sound & live modular soundtrack. The colour negative used has ndergone a series of organic and chemical decomposing techniques. While projected, the sound output of the disrupted film emulsion is sent into a modular synthesizer converting the film print’s images into controlled voltage in which the parameters are played live. Each live show is a recycled version of itself where the film print goes through the same decomposing process and reprinted so no show is ever the same.