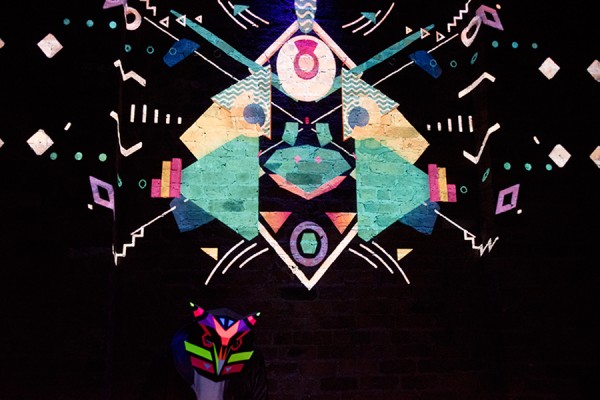 The ethos of artist Neal Coghlan and his Studio Aszyk project is “spreading great art and wicked vibes far and wide”. From VJing live on Channel 4’s ‘House Party’ to performing at Moscow’s Circle of Light Festival, he’s certainly done that. Originally starting out as a VJ, while letting the idea of music production slowly brew in his mind, Coghlan is now turning his attention to AV and in the last year has stepped up, now creating sounds as big as the visuals!

He’s is known for his hyperactive mix of bold shapes, colours and patterns; all extremely intricate and evolving, giving the viewer an insane amount of visual detail to feast upon. And Aszyk’s seemingly bottomless clip library is ever expanding and has been built to allow a huge amount of live customisation. With his Masks of Light project, he’ll take the audience through a series of abstract landscapes, changing the mood along with the music. Throughout the set, intricate, pattern-like creatures will appear in time with the music, pulsing and evolving in an hypnotic way. The result is something dazzling – both visually and audibly – a set that demands attention through it’s boldness. Oh and look out for the Bird Mask we’re told!