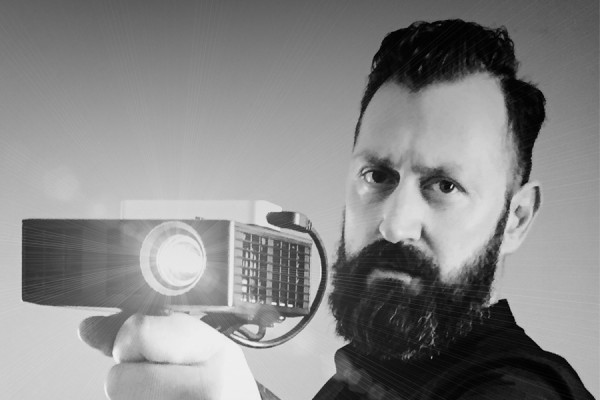 WALKPro3D is the first of its kind, a small and mobile HD video projection system that can bring digital puppetry and 3D character performances to any location, as featured in ‘Don’t Think’, the film of a live performance by The Chemical Brothers. Manipulated magically by Leap Motion & Unity 3D gaming engine No need for cables or screens, WALKPro3D has been used for various branded marketing and charity events, clubs, live music, and in video within arts and fashion contexts. An ingenious and hypnotic form of puppetry, magic lantern and phantasmagoria for the digital age. These magic digital interventions generate an instant buzz of excitement in the crowd, encouraging selfies & sharing on social media.

PrickImage will present this project alongside Dan Strutt PhD a Digital Image Theorist who consults on innovation in interaction concepts and potential creative effects and has collaborated with PRICKIMAGE on projects for Corey Baker Dance, Musion Eyeliner and Kinetica digital arts festival. He is currently working on projects with the Hackney Empire and Valletta European City of Culture 2018, as well as lecturing in Media at Goldsmiths, University of London.