Zach Walker will explain and showcase his Visualizing Vibrations Sculpture, which was originally commissioned by Guerilla Science through their work with the Mathematical Science Research Institute in Berkeley, California. The VVS is an interactive audio-visual sculpture that visualizes sound and was created to engage the public with maths, science and art at festivals, museums and exhibitions worldwide. It is in fact a very simple analogue creation using water, a speaker, a video camera and a light. Workshop participants will see what sound looks like and play with non-newtonian fluid (corn starch and water!) which – in cymatics fashion – comes to life on the surface of the speaker! 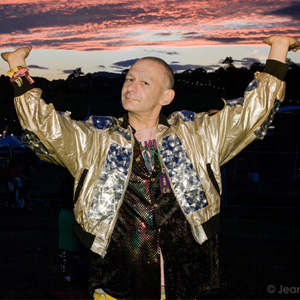 Described by the legendry John Peel as “my natural successor”, Mixmaster Morris is one of the most respected DJs ever, full stop. Many of the most influential and significant acts that have shaped electronic music over the past 30 years have Mixmaster Morris to thank for playing a significant role in their early careers. He has consistently championed artists who have gone on to achieve greatness, long before anyone else had heard of them.

His musical career began at 15 years old with The Ripchords way back in the 1970s. He went on to become The Shamen’s tour DJ, write for The NME, record for labels such as Ninja Tune, Rising High, and Positiva. He was part of the team that was Kiss FM when it was still a pirate station. Morris has produced remixes for The Shamen, Lloyd Cole, Higher Intelligence Agency, INXS and Sven Vath and many more and his remix of Autumn Leaves for Coldcut has become an all time classic. His albums Flying High and Global Chillage are the definitive chillout albums, much treasured by his many thousands of followers worldwide, especially in his beloved Japan where he is held in very high esteem by fans of all ages.

He was instrumental in founding The Big Chill festival and still has a residency at The Big Chill Bar, home to his Nubient sessions for ten years. Although known as “The Godfather of Chillout” his repertoire is very wide ranging and eclectic. He expertly tailors the mix to the event, venue and audience which is reflected by the fact he consistently tops several Mixcloud charts, regularly featuring in the over all ‘Trending’ top 10, with every mix he publishes!

He’s currently working on an eagerly awaited new album, the first in over a decade. It would take three books and a film to even begin to scratch the surface of Mixmaster Morris! He’s a phenomenon, a legend himself and an Irresistible Force!

A collaboration to accompany the music from Mixmaster Morris.
Insight Lighting are lighting and projection designers, primarily known for high end performances. They research and develop technically challenging installations working with brands, bands, artists, and promoters. They create and manage content, design and perform shows with the aim of making an unforgettable event.

Joe Catchpole has been a specialist in video production for live performance since 1999. He works as a Community Organiser, Visual Director, Technical Producer, Projection Mapper and Quartz Composer programmer.

Pete Elasticeye is a VJ based in London, who creates and performs customised live sets for individual artists, record labels, club promoters and festivals.

Merkaba Macabre is an audiovisual project by Steven McInerney, a multi-disciplinary artist and curator based in London. He is the founder of Hackney Film Festival and experimental label Psyché Tropes, which focuses largely on the synaesthetic intersections between sound and its visual counterpart.

Decomposition #3 is an 18 minute ever-evolving, audio-visual performance for one 16mm projector with optical sound & live modular soundtrack. The colour negative used has ndergone a series of organic and chemical decomposing techniques. While projected, the sound output of the disrupted film emulsion is sent into a modular synthesizer converting the film print’s images into controlled voltage in which the parameters are played live. Each live show is a recycled version of itself where the film print goes through the same decomposing process and reprinted so no show is ever the same.

Overlap create atmospheric audiovisual performances, installations, single screen videos and VJ performances for international arts, media and music festivals. They have developed a style outside film, TV and video art – a way of abstracting and combining
imagery that has a musical or painterly logic rather than a narrative based or conceptual one. A visual take on serialism: wallpaper with conceits.

Aquatint is a bespoke mix of Overlap’s award winning transitional landscapes: a mesmeric dance of shapes, lights and abstract imagery on the cusp of the recognizable, reflecting the emotional response we experience in powerful natural environments: atmospheric, sensory and textual, delivered through a systematic patterning within a void augmented by their melodic minimalist music. A plastic view of nature.

They’ve appeared at a number of events around the UK, particularly in London, Manchester and the Isle of Wight, most notably at In the Woods Festival and the Ventnor Fringe. Following their debut visual album Field Studies and their 2014 EP Sono, Secret Islands is their third major project and what they’ll present at Splice.

As the world increasingly expects us to be constantly ‘connected’ we all find ourselves spending most of our existence in enforced collectivism; social networking is becoming a state of mind rather than a set of tools. To escape the constant noise, we all need places that offer solitude and the chance to experience the physical world again. In Secret Islands, Allard and Brown present the results of documenting two such natural locations as an improvised audiovisual performance combining video projection and experimental music with physical objects sampled live using microphones and live video.

The ethos of artist Neal Coghlan and his Studio Aszyk project is “spreading great art and wicked vibes far and wide”. From VJing live on Channel 4’s ‘House Party’ to performing at Moscow’s Circle of Light Festival, he’s certainly done that. Originally starting out as a VJ, while letting the idea of music production slowly brew in his mind, Coghlan is now turning his attention to AV and in the last year has stepped up, now creating sounds as big as the visuals!

He’s is known for his hyperactive mix of bold shapes, colours and patterns; all extremely intricate and evolving, giving the viewer an insane amount of visual detail to feast upon. And Aszyk’s seemingly bottomless clip library is ever expanding and has been built to allow a huge amount of live customisation. With his Masks of Light project, he’ll take the audience through a series of abstract landscapes, changing the mood along with the music. Throughout the set, intricate, pattern-like creatures will appear in time with the music, pulsing and evolving in an hypnotic way. The result is something dazzling – both visually and audibly – a set that demands attention through it’s boldness. Oh and look out for the Bird Mask we’re told! 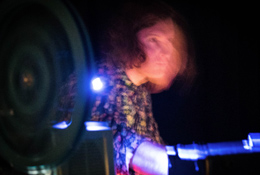 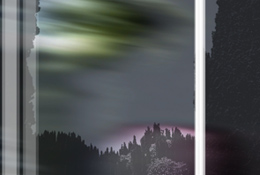 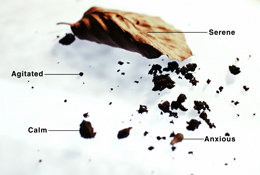 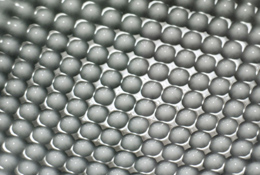